Great Britain. The land of rain, tea and the Queen. An oversized island of rolling hills, bustling cities and pints galore. But what makes something quintessentially British? Is it having a cuppa or drinking a few too many pints in the pub or the incredible continuous conversations that revolves around the weather? That is the question on George Osbourne’s lips as he asked the public to define Britishness. Not in the form of words, brewing or baking but rather through currency. Through the British Pound Coin to be exact. 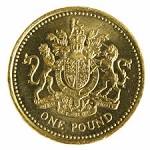 The thick £1 coin (that only fits in British piggy banks due to its width) is starting to fail us. I’m not talking about exchange rates here, but fraud. 45 million £1 coins in circulation are fake. That is approximately 3% of the total the Royal Mint estimates. This is due to the unsophisticated methods of production making them easy to copy. They’ve been around since 1983 poor things! Hence George Osbourne has called on the people of Britain to redesign the £1 coin. So that the new coin will convey pure Britishness. As Osbourne put it: to “show what Britain or Britishness’ means, drawing on all of the qualities and quirks that make our nation unique.”

The new £1 coin will resemble that of the “thrupenny”, the 12-sided threepenny coin of old. Rumour has it that the new 12-sided £1 coin will be the hardest coin to copy in the world. Now where does all the British creativity come into this? Try flipping a coin. The Queen’s head, as tradition continues, will still be on the coin, but land on tails and – Ta-Da! – your design might be there and in millions of stranger’s pockets across the UK! It is said that the winner’s coin design will be launched in 2017.

I must admit, I will miss the heaviness of the old £1 coin and the ease of reaching into my pocket and knowing exactly which coin to take out, but I have lost patience with attempting to get a chocolate bar out of a vending machine and having my sacred change rejected due to fraud! Let us embrace this new coin!

According to the Daily Mail the rules are: