I have quite literally just returned from backpacking around Spain. 10 days. 5 cities. I had the most extraordinary experience which has given me the contagious disease known as Travel Fever. I am constantly checking for the next cheapest flight and how long it’ll take me to earn the money needed for my next adventure. However, with this brief journey around Spain, I was left in awe at its architecture and street art. As you can probably guess, here is some of the street art I stumbled upon.

During my 3 nights in Granada, a stroll around the Realejo neighbourhood was definitely on my list of things to do! Previously an important Jewish Quarter of Granada, the walls are flooded with colour from various images splashed across the facades of houses. The majority of the work is by a famous street artist ‘El Nino de las Pinturas’ born and bred in Granada. Unfortunately, a combination of tourism, weather and the prejudice against ‘graffiti’ has deteriorated the pieces and some have even been completely painted over to ‘smarten up’ that area of town. Although it was a quick visit to the Realejo, I managed to see a good few pieces that I thought were stunning! 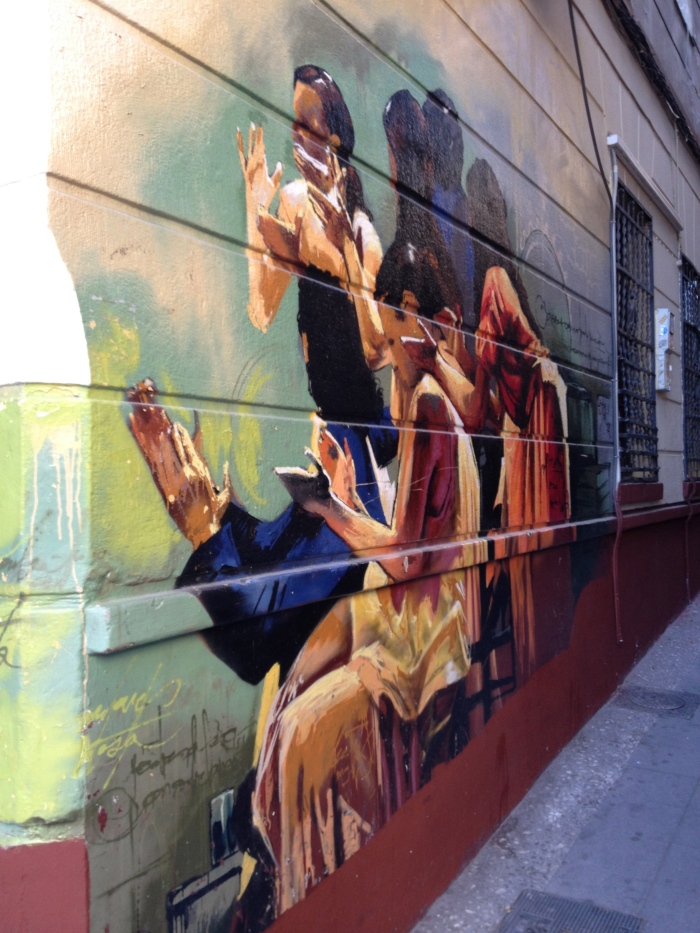 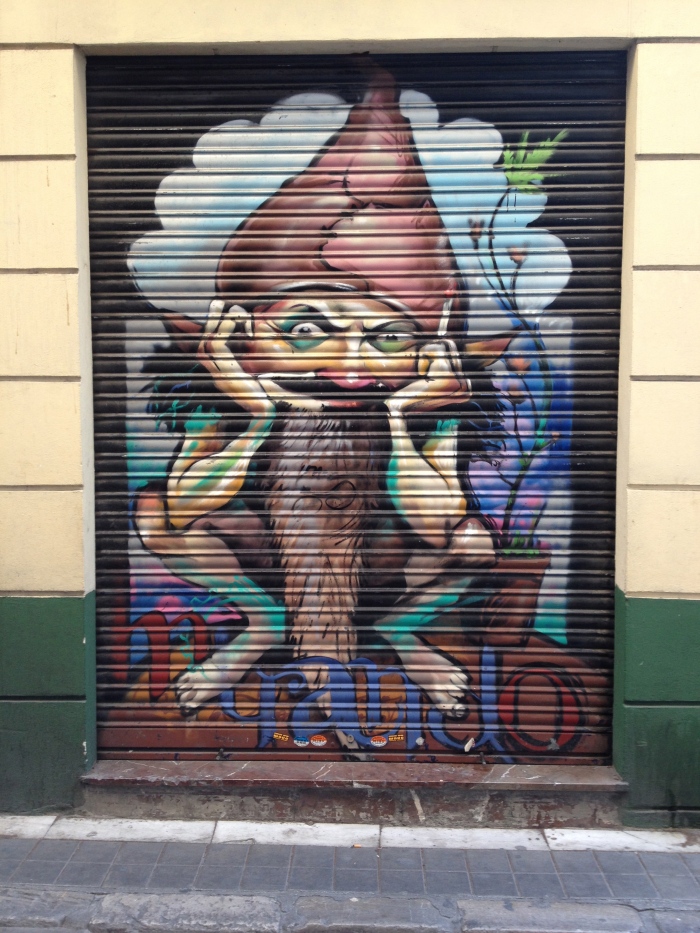 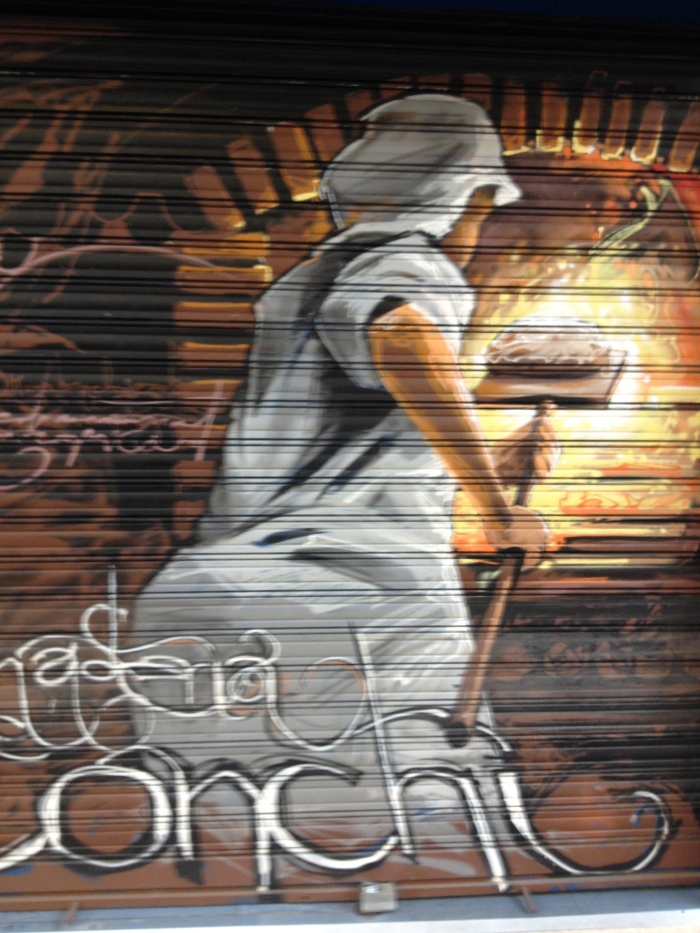 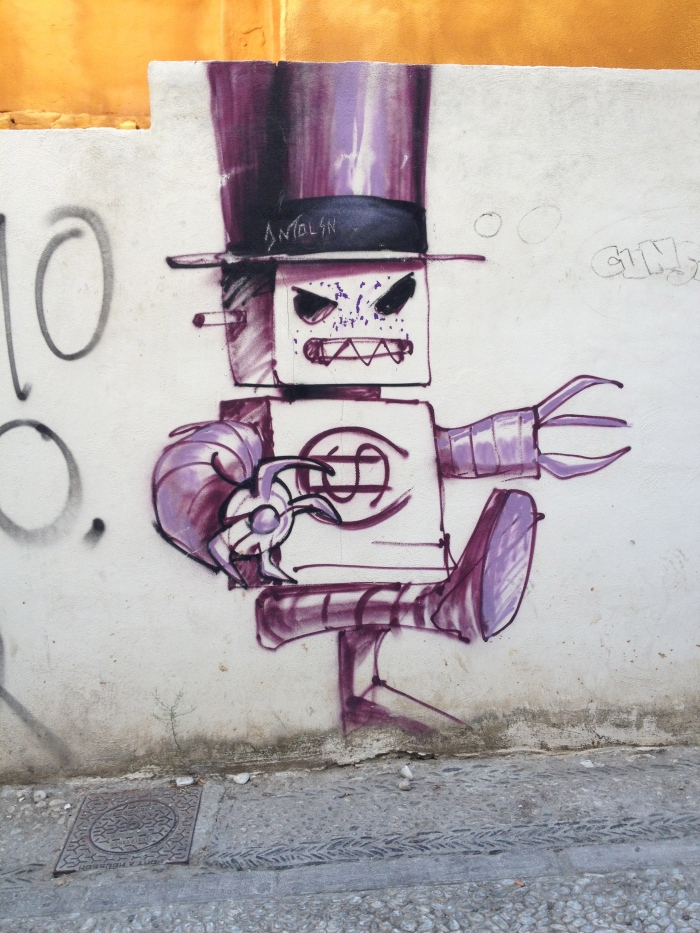 Now, Granada is known for its street art, so I was a little surprised to find some more of it in Valencia. It was next to the botanic gardens and quite fittingly depicted trees. These trees were formed of arms and hands, dinosaurs and feet to convey the roots, bark and branches of the trees. 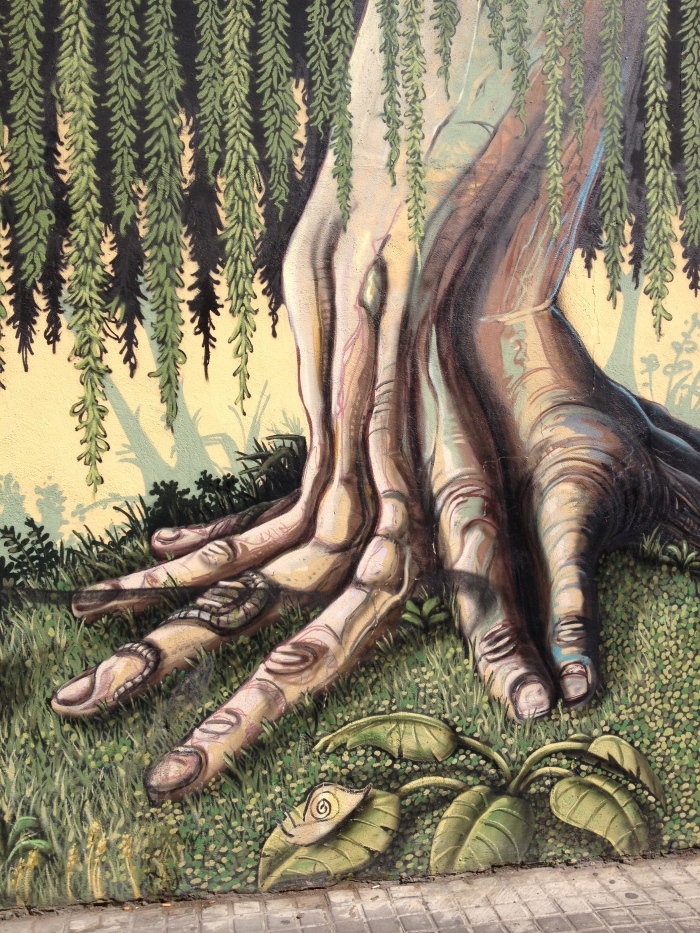 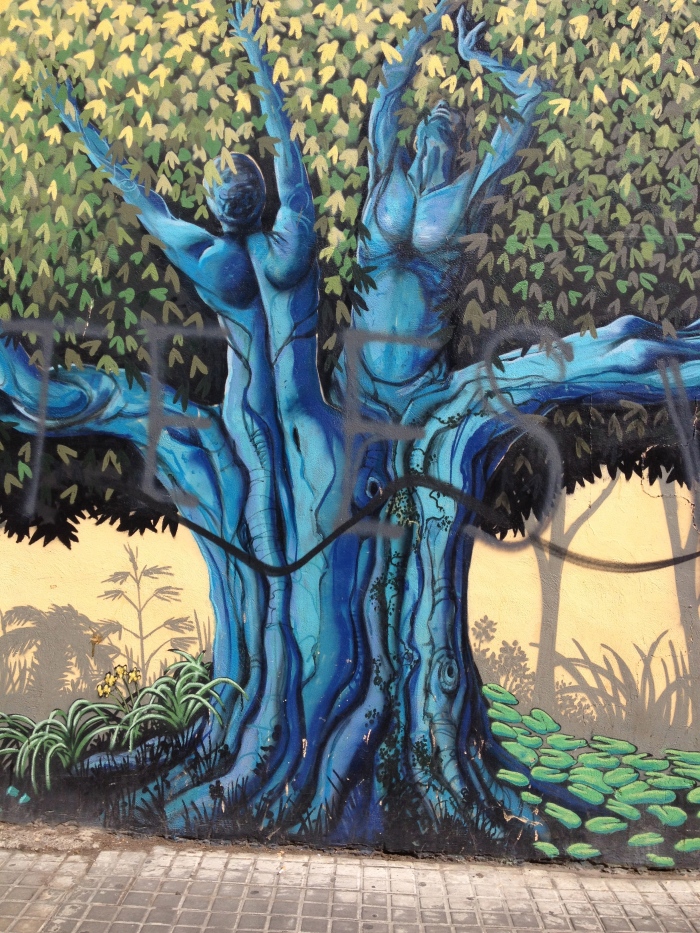 I know the argument of street art vs vandalism is a more than over debated topic, especially to young GCSE and IB artists, however, when coming across masterpieces as seen above I honestly feel that it should be something maintained. It covers an area of town in a free art gallery that not only captures the society’s feelings and opinions of their current time but also creates a unique vibe that can be used to better the economy of a place (major tourist attraction) as well as highlight functionalities of shops and the city itself. When the shutters are pulled over the shop windows to rest, a vivid world springs out at any passerby producing an entirely different environment. The town does not go to sleep after closing time, but rather comes to life as the sun sinks down into the horizon and the artistic skill of the locals stalk the streets.